Enterprise tech is going through big changes with the rise of the cloud, and the attendant interest in cutting edge technologies like AI and data analytics.

So it’s not surprising that the biggest names of corporate IT are paying big bucks for top talent in this market.

Companies are required to disclose information, such as salary ranges, when they hire foreign workers under the H1-B visa program, giving insight into what these major companies are willing to shell out for talent.

Here’s how much these top enterprise technology companies paid employees hired in 2020:

SEE ALSO: The new chief marketing officer of Oracle talks about leaving Amazon, and says that Larry Ellison’s big cloud offensive has ‘parallels’ to the early days of AWS

SEE ALSO: VCs say that these 29 companies are the top startups in the booming big data industry

Oracle, one of the most dominant companies players in enterprise software, is making an aggressive bid to become a bigger player in the cloud — a market dominated by Amazon Web Services and Microsoft Azure.

Based on federal labor data, the Silicon Valley company has hired aggressively this year for key roles, including dozens of applications developers, software developers and product development strategy managers.

Here are some of Oracle’s recent hires from 452 approved visa applications, and how much they’re paid:

When IBM’s new CEO Arvind Krishna took over in May, he unveiled a bold strategy for dominating the hybrid cloud market — the industry term for a combination of public clouds like Amazon Web Services with a company’s own data centers — which Big Blue projects will eventually be worth $1.2 trillion.

Here are some of IBM’s recent hires from 1,876 approved visa applications, and how much they’re paid:

VMware hired a product engineering director with a salary of $290,000.

VMware’s virtualization software made it a key player in enterprise tech, especially with the rapid growth of the cloud. The Silicon Valley giant has been beefing up its technical staff employees and has been hiring a lot of product designers and managers and staff engineers. One of the company’s top hire is for a product engineering director position.

Here some of VMware’s recent hires from 717 approved visa applications and how much they’re paid:

SAP is a major enterprise software vendor, specializing in databases, that’s making an aggressive bid to expand its presence in the cloud. The company has focused its hiring on bringing in more support engineers, developers, developer architects, development managers and business process consultants.

Here are some of SAP recent hires based on 393 approved visa applications and how much they’re paid:

Dell hired a senior principal software engineer with a salary of $185,000.

Dell has been trying to pivot away from its historic focus on servers, and to a more software-and-services-centric approach to enterprise tech as a way of carving out a bigger piece of the enterprise tech market. The Texas tech giant emerged as a heftier publicly-traded company two years ago, in the wake of its 2016 megamerger with EMC and its subsidiary VMware. The company’s hiring has focused mainly on software engineers and product marketers.

Here are some of Dell’s recent hires based on 472 approved visa applications and how much they’re paid:

Cisco has been riding a wave of stronger demand for networking equipment due to the coronavirus crisis and the rise of the remote workforce. Like other traditional enterprise tech players, Cisco has also been adapting to the rise of the cloud. The Silicon Valley company has focused on hiring software and hardware engineers, user experience designers and product managers.

Here are some of Cisco’s recent hires based on 695 approved visa applications and how much they’re paid:

ServiceNow has also seen robust growth in the coronavirus crisis and the sudden pivot to remote work with boosted demand for its cloud automation and workflow platform. CEO Bill McDermott recently told Business Insider that the Silicon Valley giant has actually expanded its workforce by 20% since the crisis began. ServiceNow said it has hired 360 tech interns since the pandemic escalated in March. It has also been hiring a lot of engineers, including experts in AI and machine learning.

Here are some of ServiceNow’s recent hires based on 225 approved visa applications and how much they’re paid:

Workday is a major cloud player whose platform enables businesses to manage company finances and human resources. The Pleasanton, California-based company was one of the major tech companies to offer one-time bonuses to employees to offset the impact of the coronavirus crisis. Workday has hired mostly applications and development engineers, with some emphasis on AI and machine learning.

Here are some of Workday’s recent hires based on 117 approved visa applications and how much they’re paid: 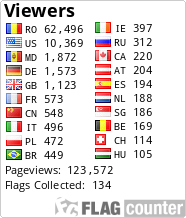